My last time in Sri Lanka there weren’t many places you could safely travel as it was still in the depths of the civil war. The entire northern half of the country was strictly no-go. Only last month was it made wide open since permits from the military were scrapped. Jaffna in the far north suddenly became my priority for this trip and I took a punctual, 6.5-hour, US$6 train from Colombo to get there. (I am ALL about the trains. I would take the train from Colombo to Jaffna a hundred times before I would take a bus, even if it wasn’t too cramped with a backpack.)
I haven’t followed the war and its aftermath closely. The Tamils in the north lost with almost 100,000 deaths on both sides, and this might be the only country in the world that doesn’t trust Norwegians. (For some reason Norway decided to dive in head first to aid the peace process with mixed results.)
The land gets flatter and more fallow as you go north. The whole north that I saw was like that, but for all the derelict buildings and unused land, I could never tell if it is from war, tsunami (40,000 people died in Sri Lanka) or simply poverty. The north is slower, quieter, bucolic, the atmosphere is more subdued, and the people dress more traditionally/conservatively. I was watching the Sri Lanka-Australia World Cup cricket match on TV from Australia, and all the Sri Lankan fans they showed in the stands looked nothing like anyone I saw in the north or anywhere else, really. It must be stunning for people here to see. 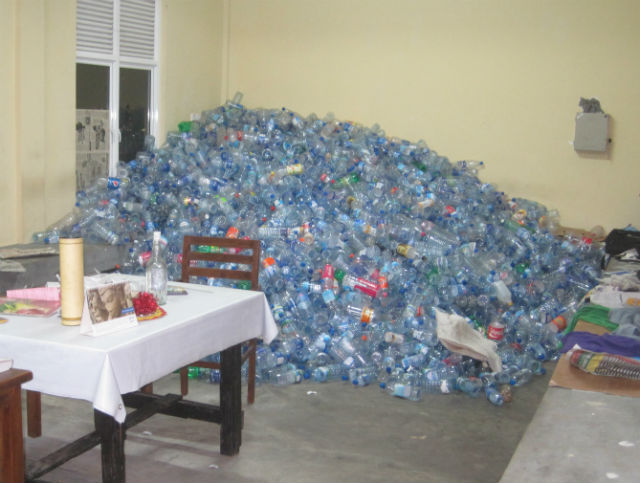 Every time I walked by this room at the Jaffna train station (yes, I do like hanging out at train stations as well as post offices and prisons) the door was closed and the windows covered with newspaper. When I finally spotted it open, I poked my head in and voila! A mountain of plastic bottles. Someone appeared and sheepishly told me that they are waiting for the recycler to come. Godot Recyclers, maybe.

I made a day trip to Point Pedro on the northern coast. It’s only 30km away, but it took an hour and a half to get there. I walked out to the beach, stared at it for 10 minutes, and walked back to the town where I sat with a shop owner to watch some of the cricket. That’s a nice thing about being a foreigner here: I am gladly welcomed when I ask if I can sit in a guy’s shop and watch TV. I bought some mango drinks and we chatted about his upcoming vacation. He won a free trip to Bangkok because he made the biggest display of a supplier’s products.
The next day I went west to just before Karainagar to see Casuarina Beach. I sat forever waiting for the bus and then it was deathly slow, taking an hour to go 20km, so I decided to hitchhike back. It was remarkably easy. The first four times I threw my arm out, the first vehicle stopped: one car and three motor scooters. It felt very liberating to zoom around the quiet countryside on the back of a motor scooter, though the road was bad and I didn’t have a helmet. I was less worried about helmetlessness being illegal than to get plastered by a passing truck. A tuk-tuk slowed and offered a ride for free, which almost never happens anywhere in the world, then an old man on a scooter stopped for me and before I had a chance to say anything, he said, “Come,” and took me into Jaffna.
Once in Jaffna we got stopped at a police checkpoint. The officer motioned at us from across the street, sternly waving us over to him. The old man did the head wobble and in a conciliatory way said, “Foreigner!” The officer was unmoved, but when I got off the back of the scooter and turned so he could see me—I’m telling you, my dark skin is almost at Tamil levels (#skincancerherewecome)—the old man repeating, “Foreigner!”, with an even more effective head wobble, the officer changed his mind and motioned for us to proceed.
I might go into a few banks and take some money. I’ll just sashay in and shout, “Foreigner!” while I fill my backpack with cash. 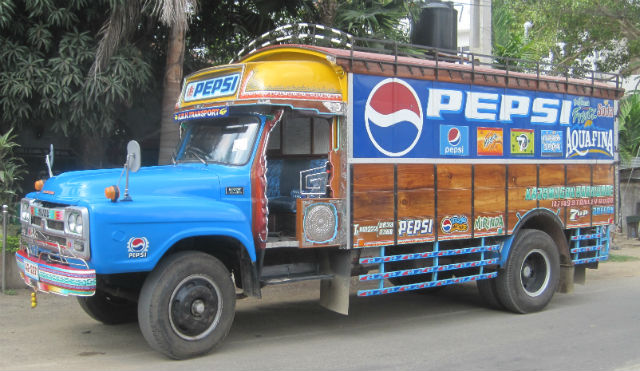 No ugly Pepsi delivery truck for Sri Lanka, no Sir! 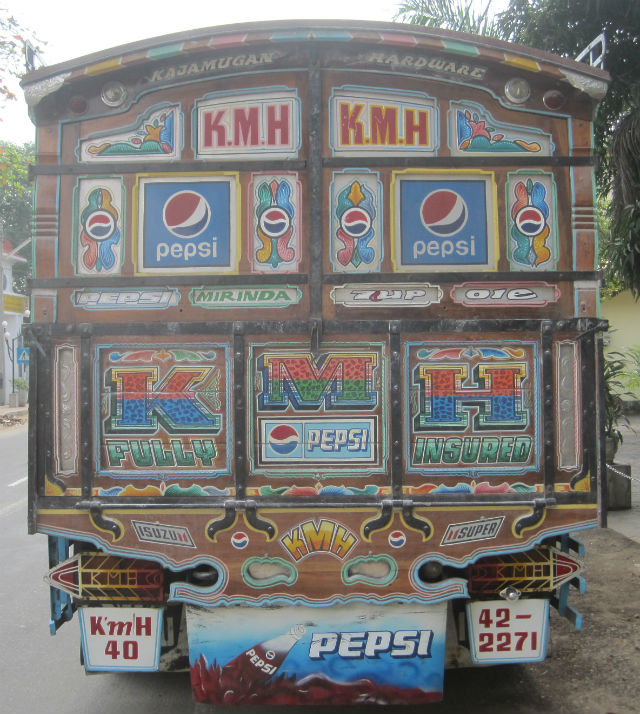 Imagine how much time it took to paint this. 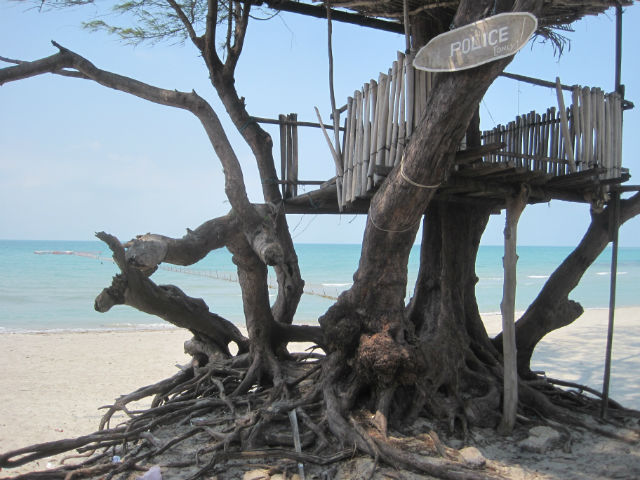 PRACTICAL INFORMATION (US$1=133 rupees)
I stayed at Raamni Guest House in Jaffna for 1400 rupees a night. It was OK, but every morning I woke at 5am to the sound of “It’s a Small World” blasting from a passing vehicle. The YMCA is only 800 for a single, but it is a bit distant from the center of town. No mosquito net either, though the gregarious manager said he could provide one for 50 rupees.
Foreigners tend to mass at Mangos Restaurant north of town by Nallur Temple to eat, but I didn’t see the big deal. Cosy Restaurant (wifi password 2A55370AE03) on Stanley Road by the train tracks and especially Akshathai just down the street are just as good. 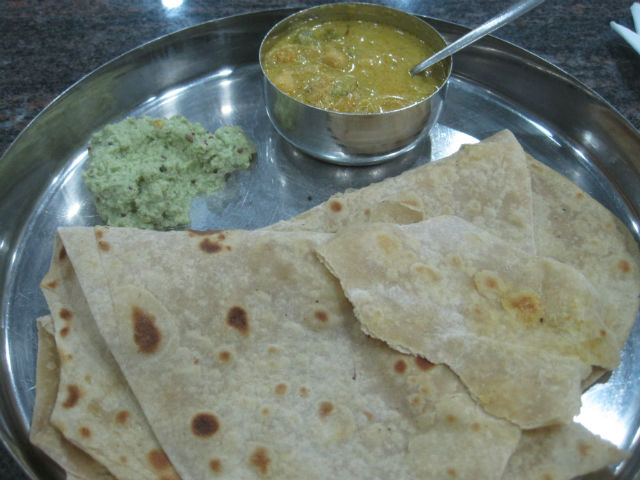 At Akshathai this is what you get when you order simply “chapati” on the menu: chapati with coconut chutney and chana masala. Only a dollar.

I met an Austrian pro photographer in Jaffna who, I will redundantly say, is taking photos infinitely better than anything I have. Check them out.
Why don’t you stay with me? You can follow along with RSS, subscribe to an email feed, see what’s cooking on Facebook, pray that I’ll say something worth remembering on Twitter and if you are really slumming it, there’s always Google+. (I’ll follow you back!)