Note: sometimes the titles make no sense.
I’ve been on a bad run of flights to the point that I now dread flying altogether, and I want to wring the necks of those inbreds who clap their hands when the plane touches down and shout, “Bravo!” Where are we, at a bullfight? I had two flights in a row where there was the announcement, “Is there a doctor on board?” Storms seem to find my flight path. Turbulence bothers me now. I must still be shaken from last year’s burning engine off Guam.
I must be getting old, because the other thing I (internally) rage about is cell phone etiquette. Why can’t people can’t put their phone to mute? Who wants to hear an incessant notification tone? The real question is, why can’t everyone be Japanese? Japan, you have so much going for you, and so much not, but let’s flesh this out another time.
I don’t know what I can say about Mother Russia that I didn’t say last year. I’m mostly struck by Russian people, and I can’t escape from the word that they are gentle. I can’t think of a better word if I must pick one. I am tentative because I need to get out in the hinterland and out of the big cities to really formulate an opinion based on wide, solid experience. Maybe this summer. 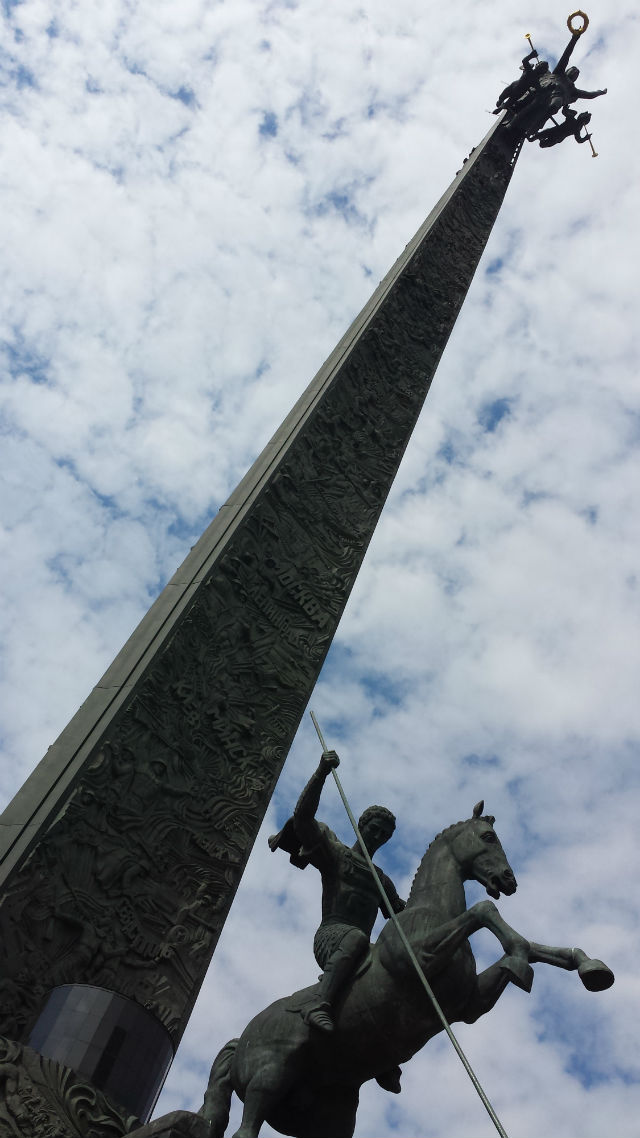 No one did war monuments better than the Soviets. I eat this stuff up. Victory Park, Moscow. 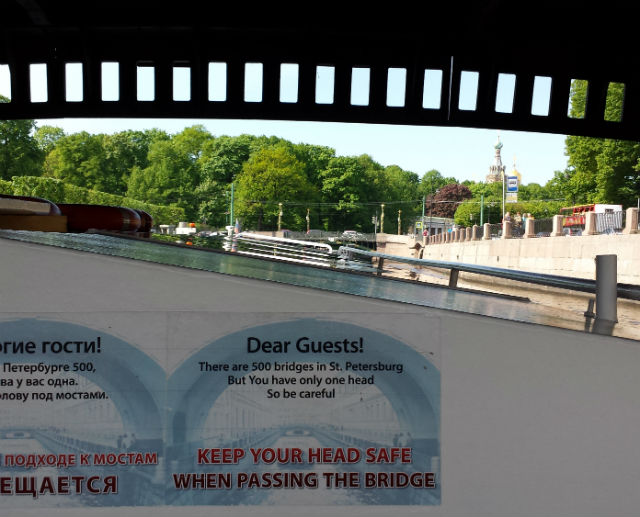 They’re going to need to make this sign in Chinese soon judging by the invading hordes. 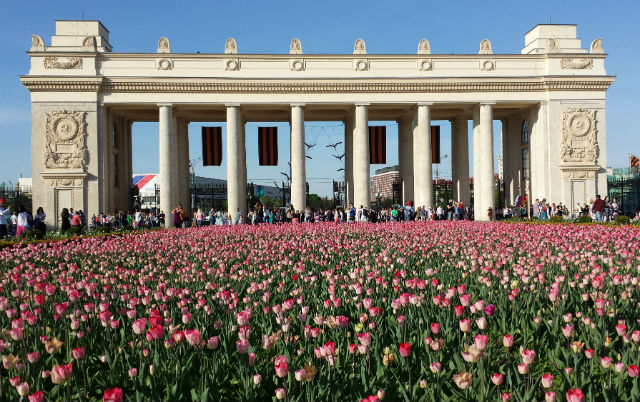 I made a size extra large mistake by missing the May 9 Victory Day parade, but I did go to Moscow’s Gorky Park in the afternoon to be with the masses and flowers.

I don’t know what to think about this video I took at the circus. It was arresting to watch it at the time, but I imagine a circus by nature involves a lot of “persuasion” to get wild animals to do anything, whether you have to drug them or not feed them or what. Is there such a thing as a humane circus? 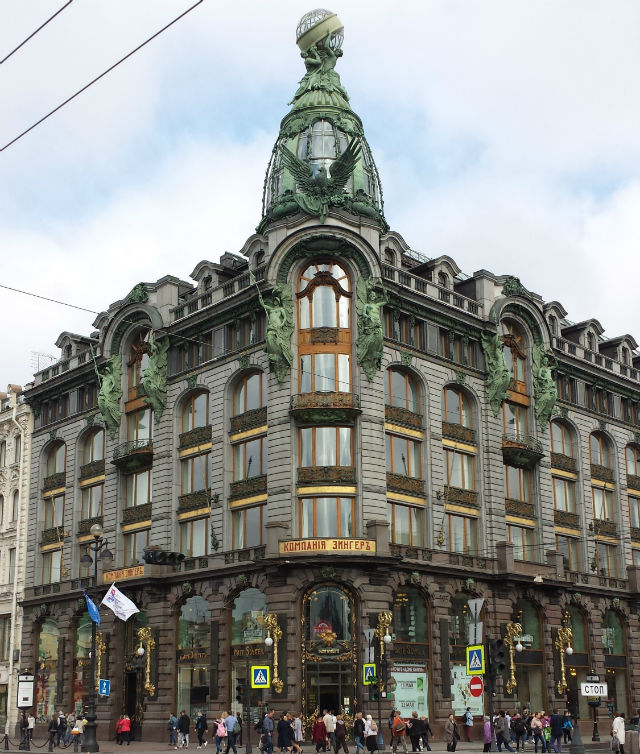 The stylish Singer Building in St. Petersburg, now a bookstore and cafe. 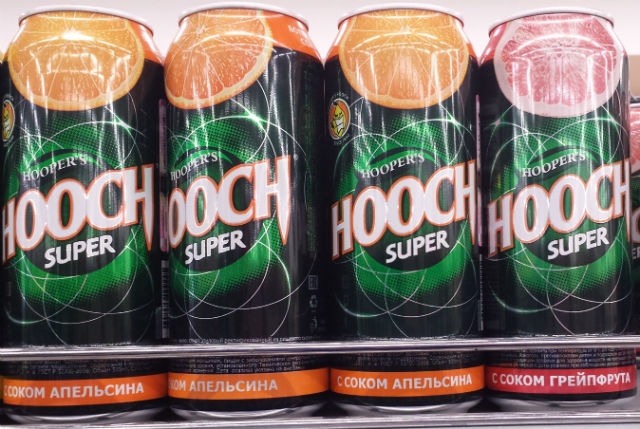 No beating around the bush for Russians. Hooch! 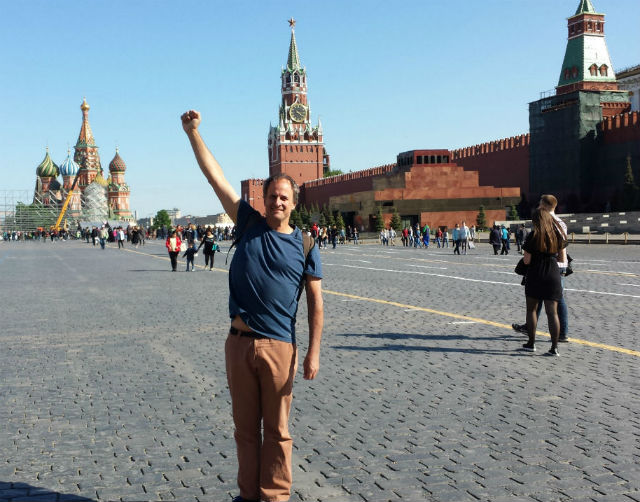 Cheesy, I know, but how many Red Squares are there? 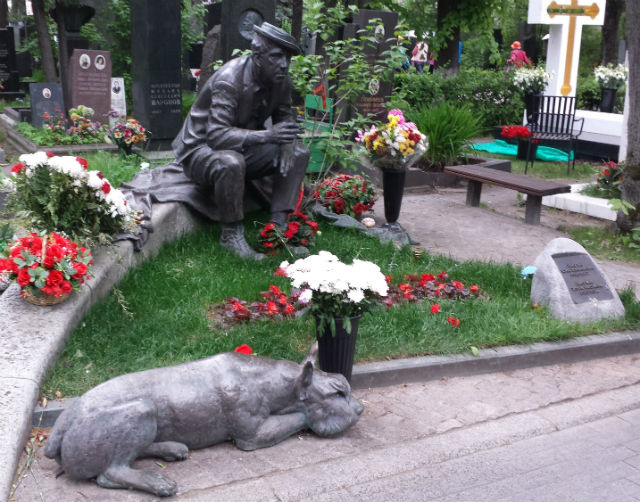 One of my favorite graves at the Novodevichy Cemetery—maybe more interesting than Pere Lachaise in Paris—is an actor with his dog. 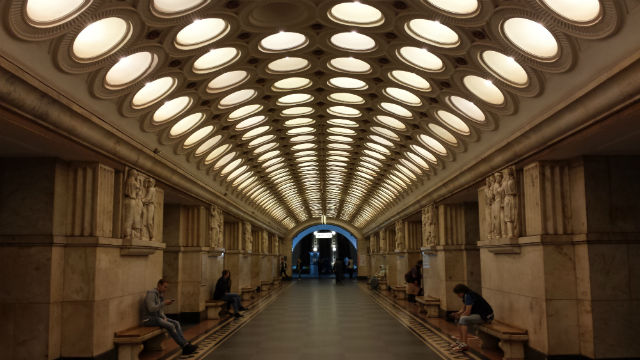 As a mass transit geek I unconditionally love the Moscow and St. Pete metro systems, and the stations are over-the-top fantastic, like this one at the deliciously-named Electrozavodskaya. 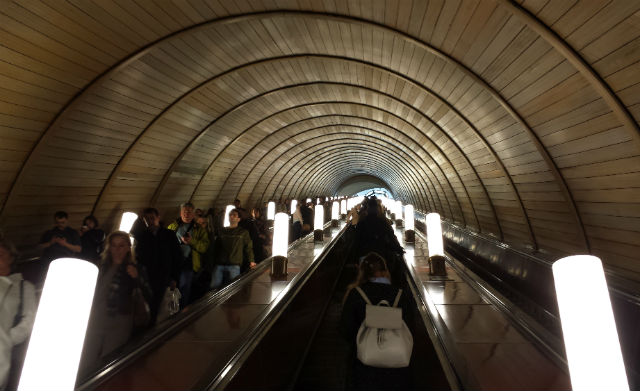 The metro doubles as a bomb shelter so it is very deep. Thankfully, the escalators are fast, though old people can find it a challenge to mount. Some stations drip with atmosphere.

PRACTICAL INFORMATION
This is the English website for the railways that shows how much a trip costs at a certain time. (Prices fluctuate based on demand.) You can see how much the 167-hour, Trans-Siberian train from Moscow to Vladivostok costs day to day. In late June I see $110 for a third class seat, aka The Hemorrhoid Express.
This is a good resource for flights (In Russian, but you can get an idea of prices and then buy directly from the airlines.) Aeroflot.com is a clean and easy website to book. This isn’t your father’s Russia, I’m telling you!
If going to Russia from the Baltics, Lux Express is a top-notch bus service with reasonable prices—reasonable considering you are crossing a border, which makes everything spike for some reason.
If I head east, I’m looking to rely on the pan-European rideshare website BlaBlaCar more than the trains. (In Russian. You can change to the British website on the bottom, but then everything is priced in pounds).
Did you know there are plans for a 3000 bed(!) hostel in Moscow? I used Couchsurfing, Airbnb and hotels.com for most places I stayed. This hotel below, I wish I had seen the actual bed before I booked because this is the worst of both worlds: a footboard and a giant pillow. What dwarf invented these things?! Who needs a footboard on a bed? What purpose does a giant pillow serve other than to make the bed shorter? Mystifying. 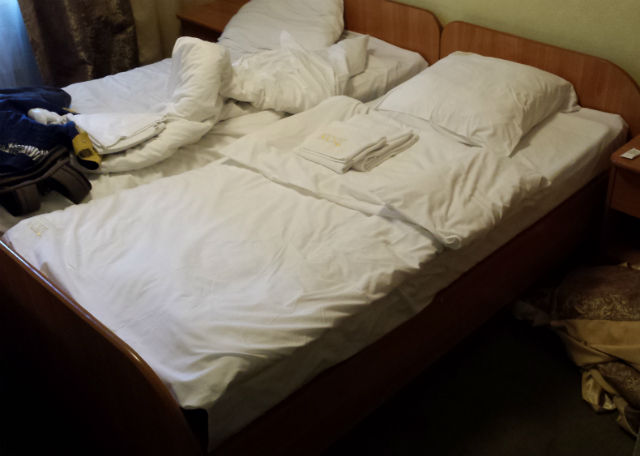 At least they gave me a towel. Two towels, one for crying. I might be done with traveling soon. 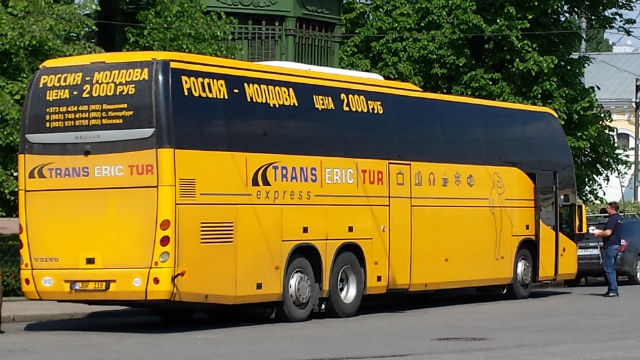