Met an Israeli traveler named Orr and due to an unpredictable chain of events, I found myself taking part in a seder in the Nairobi synagogue during this holy Jewish time of Passover. Who knew there was a Nairobi synagogue?
What I know about Jewish traditions can fit comfortably on a pinhead, so it was all new to me. The other guy in the picture, Orr described him as a “professional Israeli”, since he knew precisely when to arrive for the food, missing out on all the sacred traditional stuff. Wise man. 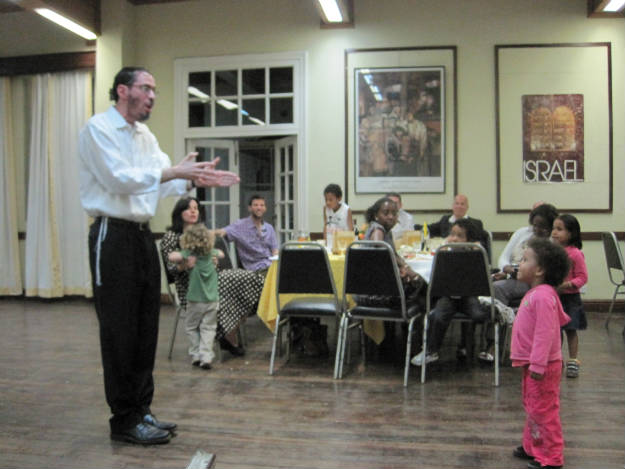 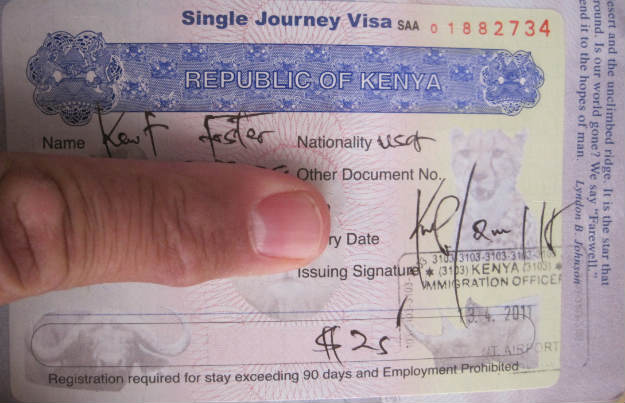 Are you aware of the disturbing new trend in passport stamps? (Did you not read the last issue of Passport Stamp Quarterly?) Everyone wants to put a giant sticker in your passport, taking up the whole page. Is there a reason Kenya can't just make a little stamp instead of devouring a whole page of my passport? This is in the new era of no free extra passport pages, so a big sticker puts you that much closer to a new passport. It's costing you. The Kenyan government is taking money out of your pocket. Are we travelers going to take this sitting down? Rise up! Revolution!

The other thing about this photo is to show the bump on my finger that I had operated on in Japan last year (story and gory pix here!) The bump never completely went away and my finger is still swollen more than I like, but as they say in Singapore, “What to do?”